NAVC Recognized for Excellence in Media

“At the NAVC, we are obsessively focused on providing the best service and products possible to our veterinary community and that includes relevant, engaging content delivered in a way that informs and energizes our audience,” said Laura C S. Walker, NAVC Chief Media and Sales Officer. “It is an honor to receive this recognition which goes to the amazing team of talented, dedicated professionals at the NAVC. 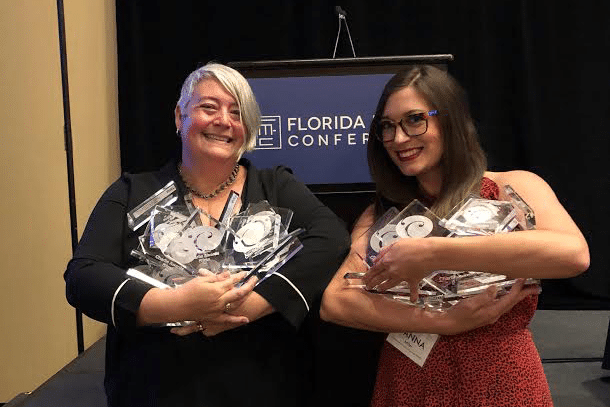 “Since 1957, the Charlie Awards has been recognizing and celebrating publishing excellence from throughout the state,” said FMA President Anne Millage. “This year’s awards demonstrate the highest quality of work across all media platforms, and the competition was tough, with an increase in submissions to more than 570 entries.”

About the FMA Charlie Awards
Recognizing achievements by Florida magazines since 1957, FMA’s annual Charlie Awards competition crowns publishers, writers, editors, artists, photographers, printers, marketers and others as the best among their peers in scores of categories. Juried by recognized out-of-state magazine and newspaper professionals, and college journalism professors, hundreds of entries vie for first, second and third place awards—Charlie, Silver and Bronze. The awards were named for Charles G. “Charlie” Wellborn Jr., a 1958 graduate and later a professor in the College of Journalism and Communications at the University of Florida in Gainesville. A Georgia native, Lt. Col. Wellborn served in the U.S. Army during World War II and the Korean War, received two Purple Hearts and two Bronze Stars. Starting in 1967, Professor Wellborn created courses in editing, graphics and business/technical communications that were the core of the public relations and magazine curriculum at UF for many years. His leadership of the Florida magazine industry, including FMA, earned Wellborn FMA’s 1973 Achiever of the Year Award. Wellborn retired from UF in 1987 and FMA honored him by renaming its top award the “Charlie.” Wellborn passed away in 2002 at age 77.